Get fresh music recommendations delivered to your inbox every Friday.

Cave of the Eye 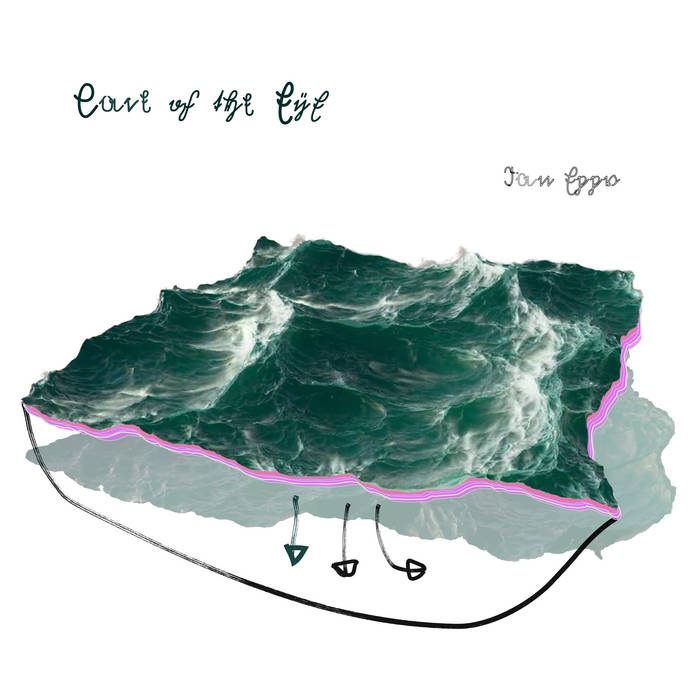 “By dreams of marine flares
and inflatables, buoyant smoke, percolating fret,
one is weakened. Violence enters the imagination.”

- Bitumen, from The Road In is Not the Same Road Out by Karen Solie


Cave of the Eye is an examination of the preternatural and shifts in collective understanding; offering a lens to view spectres in the psyche, as well as a metaphor for nature and its beautiful violent momentum.

It flees the orchard and enters the sea

In preparing these compositions, I became fascinated with a few moments in history, phantoms of the mind and explorations in immateriality*.

Cave of the Eye is a meditative, improvisational performance recorded in one take. An emotional work of heavy harmonics.

I imagined your internal space as indiscernible from the outside. A sea of noise and its tides washing through you.

Atmospherics cascade across landscape and density folds in on air.
This density is an act of decimation.
To dissolve the self into an illusory terrain.

A third space flickering under the curtain.

The Year of No Summer. A volcanic eruption in the early 1800’s that blocked out the sun, causing global crop devastation, floods and millions of deaths, but was the genesis of thousands of modern inventions for human preservation. Lasting three years and not one, it brought us the invention of the tin can, a lack of oats for horses inspired Karl Drais to develop the proto bicycle, the velocipede; Caspar David Friedrich to paint Two Men by the Sea, and inspired Mary Shelley and Lord Byron to write Frankenstein and A Fragment (the first modern vampire story) under cold and blackened sky. Two books that I never took much interest in, mostly for their exhaustive representation in the contemporary world, but respect their investigation into the fragility of the body and mind. The Year of No Summer became the catalyst for countless labor protest movements, beginning with the “Bread or Blood” movement and is believed to be the spark for the 8-hour workday that came 24 years later to New Zealand, initiated by Samuell Parnell and spread to the ports of Australia.

The Hum. A psychoacoustic phenomenon only heard by 2% of the population that is scientifically documented, but the origins are unknown. It is super silent to most but deafening to the few. Haunting those that hear it, leading them to question their own sanity. Some believe it to be the sound of the earth’s core, or our vast oceans, but there is no prevailing theory.
The Hum Map

The Large Underground Xenon experiment (LUX) – A program being conducted below the earth’s surface, searching for absolute silence to isolate the sounds of dark matter. In an attempt to find absolute silence, they only discover an even deeper din.

Ian Epps is a Brooklyn based musician whose work explores immateriality through dense harmonic fields, a full spectrum sound combining room tone and feedback that is hypersensitive in its closeness while expansive in a drift of indeterminacy. Allowing the physical sound and the dynamics of the room to influence the shape of the unfolding acoustics, the room is played as an instrument.

He has composed, collaborated and performed alongside artists and musicians such as Ann Hamilton, Dara Friedman, Rafael Toral, Mountains, Jozef van Wissem, Joe McPhee, and Pauline Oliveros. He is a recipient of the 2014 New York State Council on the Arts Media Arts Assistance Grant and has released music on Tomlab/ Softlmusic (Germany), Grain of Sound (Portugal), Baskaru (France), Powershovel Audio (Japan), and Unframed Recordings (United States) as well as others.

Bandcamp Daily  your guide to the world of Bandcamp