Get fresh music recommendations delivered to your inbox every Friday.

At the Edge of the Meander: Nightingales in Petite Camargue Alsacienne, Saint Louis, France 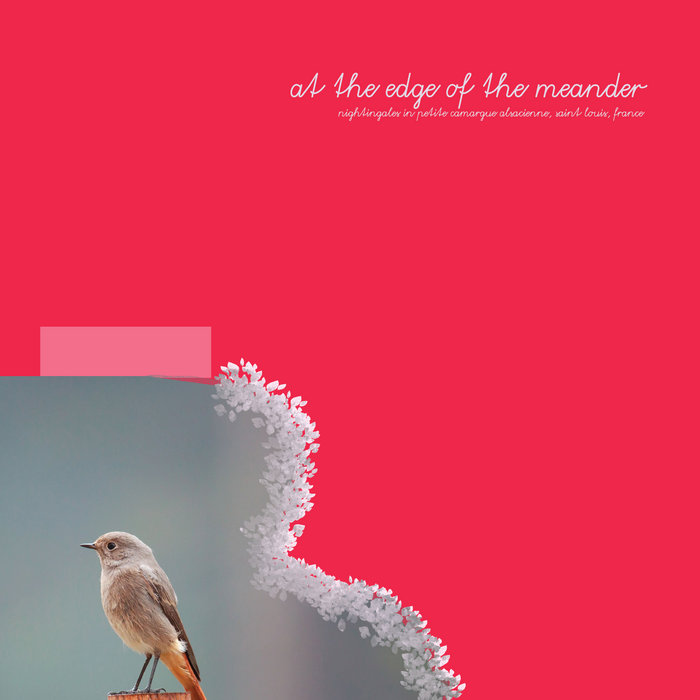 The following recording was excerpted from a two week, 24 hour seamless recording project documenting the mating habits of Nightingales. 10 years ago this week.

At the edge of a field of stinging nettles lie a creek bed, and on the other side, a tree. I placed a series of concealed microphones just above a favored branch where a young male Nightingale perched to sing morning and night. I was fortunate to have found such a great placement for the microphones, because these recordings have unbelievable clarity.

Male nightingales have a remarkable set of varied song; nearly 200 different song types with repeated and unrepeated elements. Their unique songs are what set them apart in partner selection. During mating season they'll sing all night and day, with just a 2 hour break in the afternoon. Once they find a mate, they stop singing at night.

As noise pollution has risen throughout society, the British Nightingale population has decreased by 91% over the last 50 years. One of the fastest declines of any other species. They remain on the endangered species list in the UK.

Being given permission to travel inside the sanctuary was truly a beautiful experience. To enter a space free of people, inhabited by hundreds of wild boar, swans, cuckoos and nightingales on their long migratory travel from the Iberian Peninsula and the far reaches of West Africa - was to listen to a fuller expression of liberation.

This recording has also been permanently included in NTS Radio's Infinite Mixtapes series which launched June 1, 2021

Bandcamp Daily  your guide to the world of Bandcamp